For all the years I’ve lived around DC, I’ve never fished the shad run out of Fletchers Boathouse.  A few weeks back, three of us struck out from Fletchers in a row boat to chase American and Hickory Shad.  While we had planned to get there around 5:30AM to stand in line (these boats go fast), one overachiever of our group was so amped he arrived before 5AM.  Shockingly, he had company, and was one of several people who arrived that early.

After securing the boat, we bought fishing licenses for DC (fairly inexpensive) and rigged up our 8wt and sinking lines.  Rowing out into the river in the dark, we heard splashes from fish, and conversations in the boats all around us getting into position.  Anchoring along a seam in the current where deep and shallow water met, we spent the next 3 hours catching fish.

Most were American Shad, with some in the 4lb range that pulled line out and earned a fight back in on the reel. 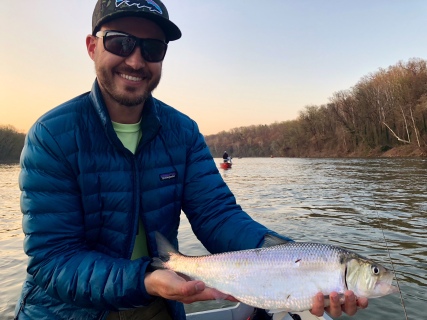 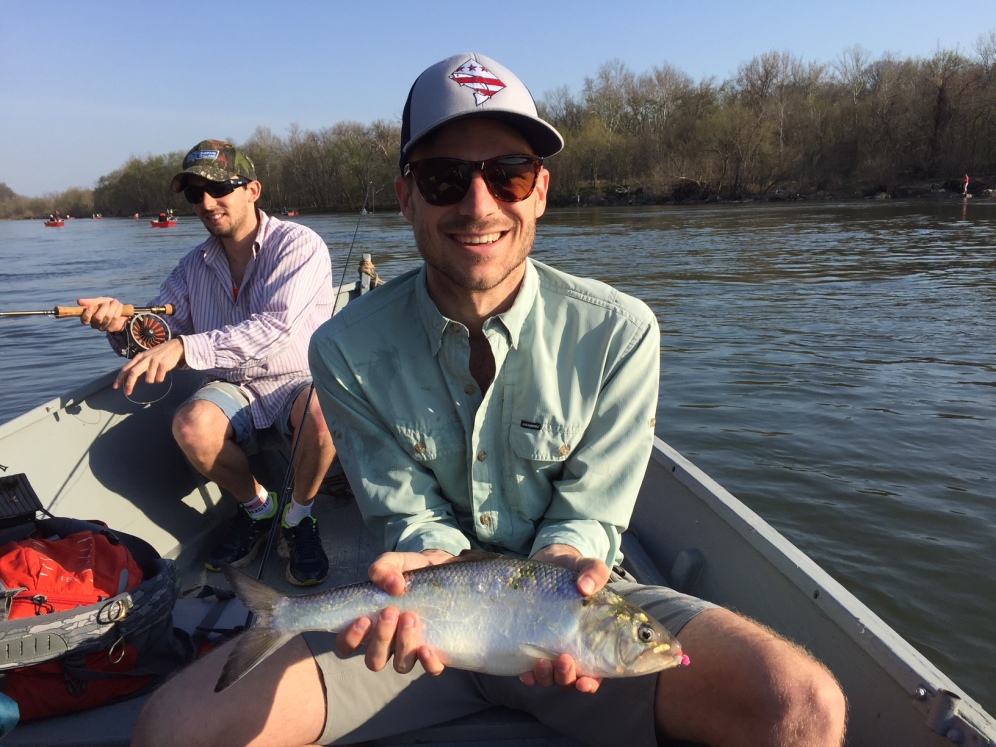 About 1/4 of the fish were Hickory Shad, significantly smaller but willing to leap from the water.

Besides sinking lines, we used small size 6-8 flies, heavily weighted, and no more than 1″ long.  Bright purple, red, and white all worked, and the best technique was to cast ahead of the boat, let the fly sink, swing in the current, and then do very short strips with long pauses (6″ or so) to slowly bring the fly back to the boat.  The fish would hit often on the pause. 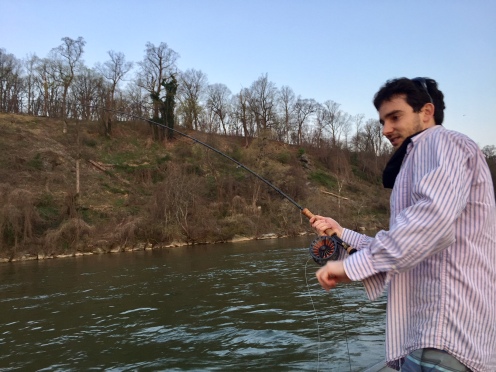 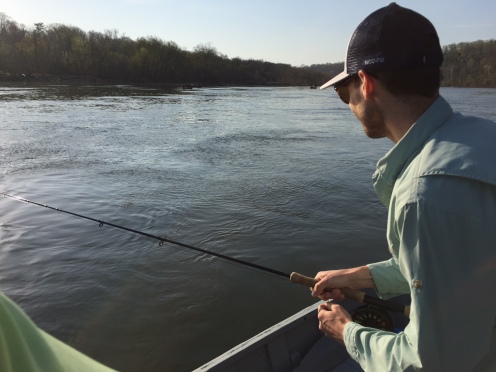